Can Smart Cities be Hacked? 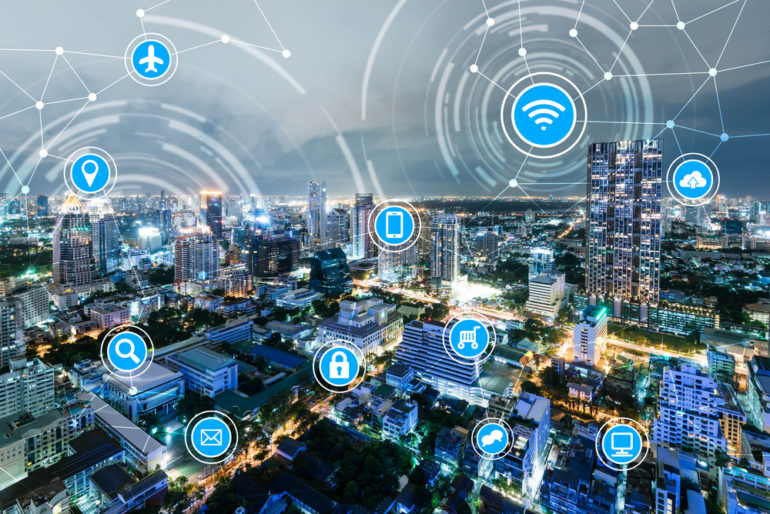 Today’s devices are highly connected and it is making life easier for us. The amenities offered to us by the Internet of Things (IoT) are immense, whether it is for an individual or for a huge population like an entire city.

Even though cities have been embracing new innovations and technologies that connect the physical space to the digital space, the rate at which the adoption is taking place has never been so high. The connected technologies are opening up new avenues for cities for the good; however, there is are certain side effects associated with IoT and smart cities.

A smart city is a city that is managed with integrated technologies. In other words, the city’s physical infrastructures are monitored and managed digitally. The use of the IoT to manage today’s cities comes with many benefits. For example, it allows for streamlining the communication, reducing the cost of government considerably, reducing crime, managing traffic, delivering quality service to its citizens via automation and precise data mining and analysis, and make future plans for the city.

Take the case of traffic management of a smart city. The smart traffic lights and parking sensors enhance traffic patterns, decreasing not only the parking problems but also reducing ensuring people don’t get stuck in traffic. The second case in point is that of smart trash cans that inform the city municipality when the cans require to be emptied. Furthermore, the smart water pipes check water quality, pipe and tank leakages, and do more functions to ensure the citizens get water without interruptions.

As governments around the world embrace the smart city idea, there is a big problem of security associated with smart cities. The problem has been neglected until lately. When the city is highly connected, it can put the city at risk of cyber attacks. Even though the sensor technologies and chips installed in most of the connected devices are too small that security may seem like “no problem,” the volume of them required indicates that a smart city can face a major problem.

There have already been incidents of IoT hacks on smaller scales. For example, the notorious Jeep hack triggered major problems, whereby cybersecurity researchers caused a car on the highway to halt and prevented it from moving. Furthermore, another case happened when cybercriminals stole electricity worth hundreds of millions of dollars by hacking into the smart meters.

So, what are the loopholes that lead to such security breaches in smart cities? Well, first off, the lack of a proper security testing is the major cause of the risk of cyber attacks on smart cities. The bad news is that governments and businesses don’t set security as a major goal. Furthermore, there is a lack of smart city CERT and security teams, which is yet another major cause of the risk of smart city hacking. Thirdly, the sophisticated nature of patches and system update deployments make it challenging to secure a smart city from hackers. Other causes of the risk include poor security practices in smart city technologies and the dearth of rules and regulations concerning the smart city technologies.