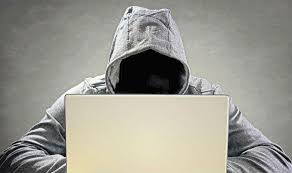 It is not necessary that the person hired for IT security can perform the right thing against threats and risks. They waste lots of money of their security budget on irrelevant things. Here are few cybersecurity myths that are framed on unapproachable beliefs, which are not true.

Many CEOs assume that the computer defenses are so weak and ill-advised that can be attacked any time by malware and hackers. So it is better to assume breaches at early stages and try to slow down the attackers. A company can reduce the risks of hacking and malware in their environment by having a better-focused IT security strategy and couples of key defenses.

Another myth is that the hackers are brilliant, can’t be stopped and are geniuses that are difficult to control. This is not true at all. Keep in mind that not every person is familiar with cybersecurity and gets hacked easily. However, they can ward off possible attacks by having basic defenses in place. The myth that all the hackers are brilliant just reinforces that myth that they cannot be defeated.

IT security knows what needs to be fixed

Most of the time, the IT security team is not aware of their tasks. Many of them work on a certain system, which does not reduce risks of a computer security. At that time, they don’t know they are wasting their time and resources on a wrong thing.

On the other hand, a good cybersecurity team secures the real data when they believe there is a problem by backing up. The IT security team really doesn’t know the IT threats and risk and those who know the threats should have no data to back it up.

Compliance and security are the different things and compliance does not always equal security; it is the opposite sometimes. The IT security team and CEO don’t have enough information. The IT security team cannot follow the newer, better password guidelines because none of the current regulatory requirement has been updated to follow the new password guidelines.

Patching is under control

Patching under control means that the company’s patching of software is either 100% up to date or near that. These days, not every security devices, like routers, firewalls, and servers are not perfectly patched. But still, the IT security team tells the CEO that patching is near perfect.

Many companies are working on hundreds to thousands of programs that need to be patched. Many of them never need patching, not because they don’t have bugs, but because the hackers do not attack them. The company patches various programs to protects their information from hackers.